Configure a WiFi router as a WiFi repeater

In a consumer society there are many who have accumulated several old routers at home with the idea that they are still working and that they can be useful. Every time we change the telephone company arrives an operator with a new router and the other leaves us there, and does not want to pick it up, with the excuse that the new one is better.  With the good intention to recycle many people who want to give new runa utility to your router as WIFI repeater or WiFi hotspot to expand the WiFi coverage of the house.

To expand the home Wi-Fi coverage we have two options:

In both cases the installation process is simple. Keep in mind that this tutorial is based on the possibility that we have direct access to the main router. That is, we want to expand the Wi-Fi coverage of the router in our own home. If what you need is to pick up and repeat the WIFI remote signal read this other blog article.

All the routers, used, old or new, can be easily configured from a Windows computer, later we will teach you to improve the security of the router and change the WIFI passwords.

1-Reuse an old router as a WIFI repeater

If we have a router used but in good condition and that has an antenna for Wi-Fi, the first step is to reset it to delete any previous configuration. This step is done once the router is turned on, the reset button is pressed, the router lights will flash and will restart with the factory default settings.

If we want to extend the coverage to the floor above, we can extend an Rj45 cable from 8 to 10 meters, by the wall or by the house wiring system. This method is the most effective and is done in the following way: we connect one end of the cable to a LAN output of the router and the other end to a WAN input of the secondary router. To configure it we can access the router by WIFI but it is better to do it by another LAN cable from a computer and from the configuration page

The result would be as follows, from the main router comes a network LAN cable to the secondary router that enters through the WAN port, and then, from the repeater router is put a LAN cable to the network card of the computer that goes to configure.

If the old router does not have WAN input it will be impossible to join them by cable, but do not worry there are available WIFI neutral routers very cheap and that can also be purchased against reimbursement in online store.

The new cheap router to extend WIFI coverage can work as a router in client mode to connect the ISP network wirelessly or uplink to share the Internet elsewhere in the house, thus eliminating all areas without WIFI coverage.
SI-WE1226 easy configuration router. Chip 300Mbps MT7628N. 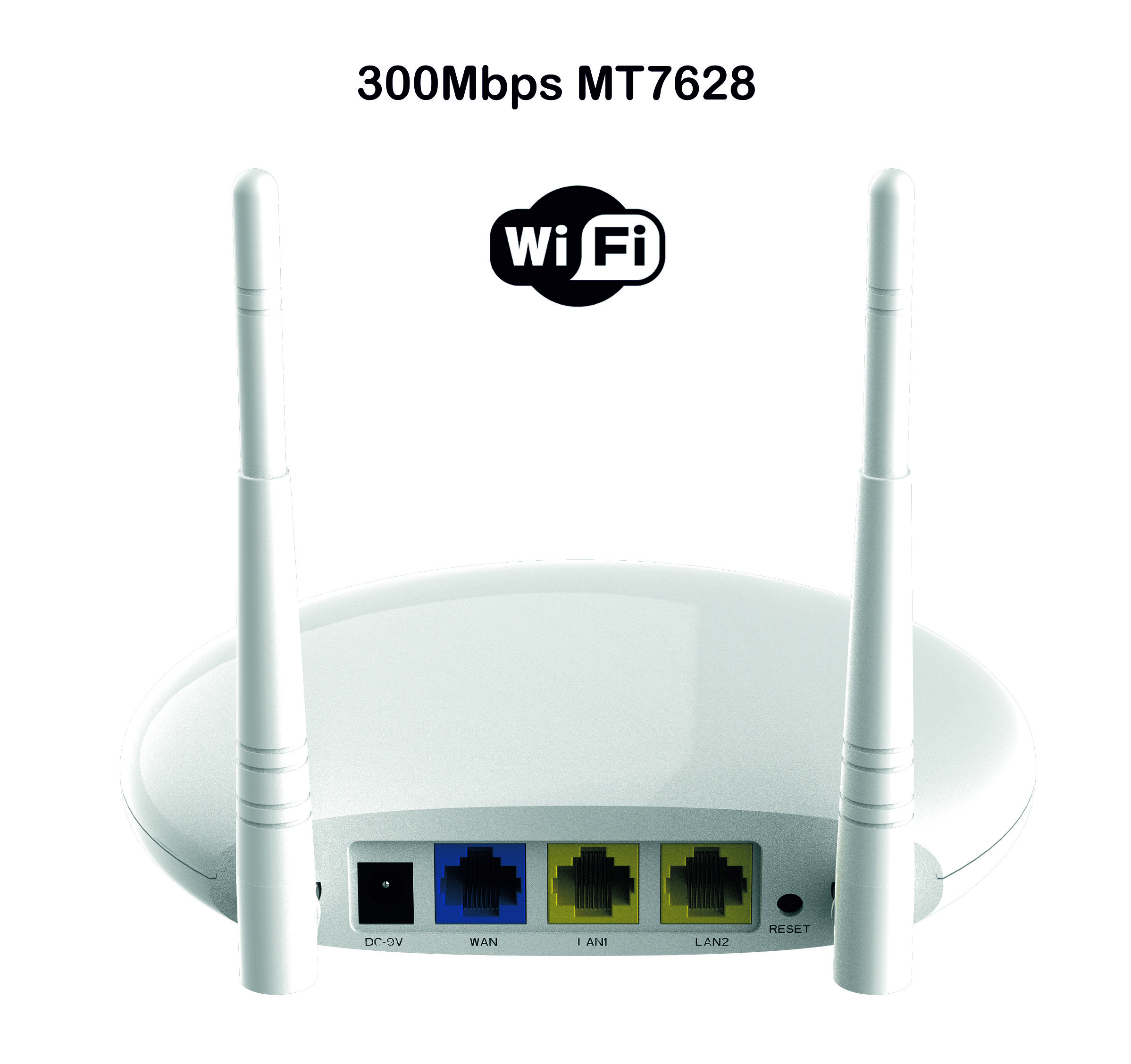 The WIFI Router with 4 Gigabit ports ALFA NETWORK AC1200R includes four Gigabit LAN ports to connect wired products such as smart-tv, video game consoles or computer with cable, PC or other network devices at incredibly fast wired connection speeds. With enough bandwidth to handel high-level activity on multiple devices, buffering of videos and delayed downloads is a thing of the past. The power adapter and four 5dbi antennas are included.  USB 2.0 ports (SAMBA). This Router includes 2 USB ports for USB storage. You can use this USB memory for your compatible SAMBA devices. Powerful neutral router with easy operation and installation.

A wifi repeater router is a device that works in wireless router mode and serves to catch and repeat the internet through WiFi. These devices are the best idea to solve the problem of low wifi signal coverage in certain points away from a house.

To install WIFI repeaters it is recommended to buy and put as many rooms as there are out of coverage, that is, one in each room or floor that does not receive the WIFI signal well and always somewhere in between.

For a router to function as a WIFI repeater it must be placed in a place where there is some WIFI coverage and at the same time have direct vision without thick walls with the place where we want to connect with our computers, television or tablets. No doubt choosing the location is the most difficult point of the installation since it also has to have an electrical outlet to connect it, everything else in the configuration following the manual that goes in the box.

The fastest configuration is done using the WPS button that modern Wi-Fi routers carry. With this button pressed at the same time on the router and the repeater, the two devices copy the configuration and start repeating the internet with the same name and the same password as the main router.

Currently the cheapest wifi repeaters that you can buy are from the brands TENDA, Alfa and Melon WIFI. 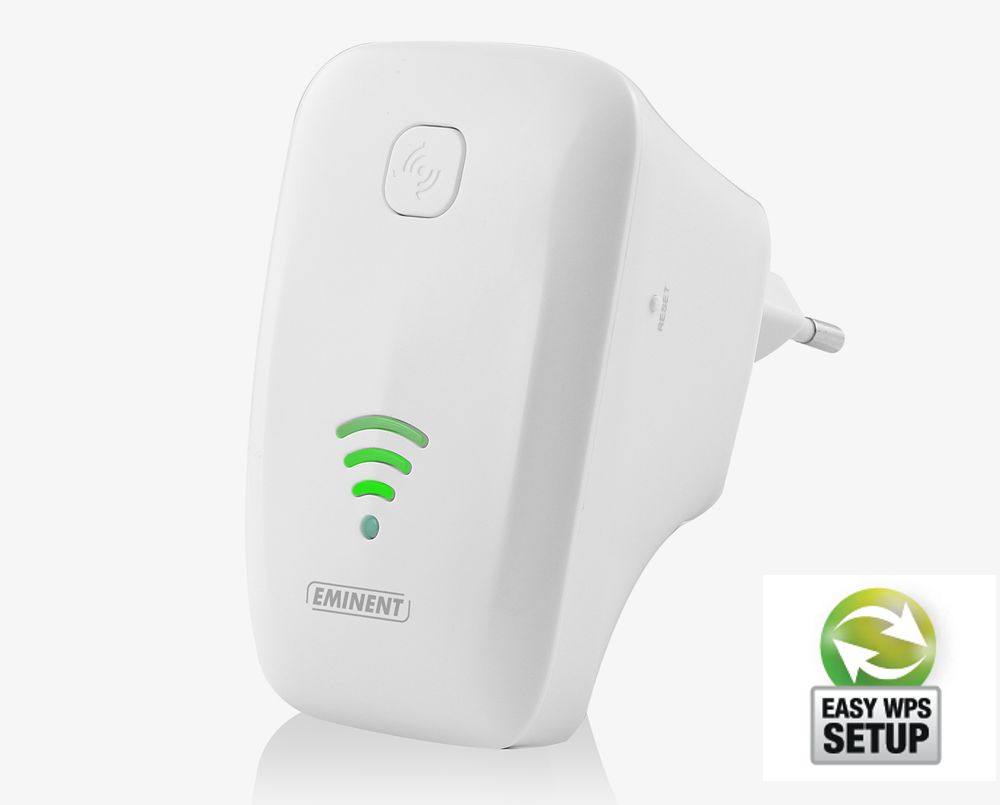 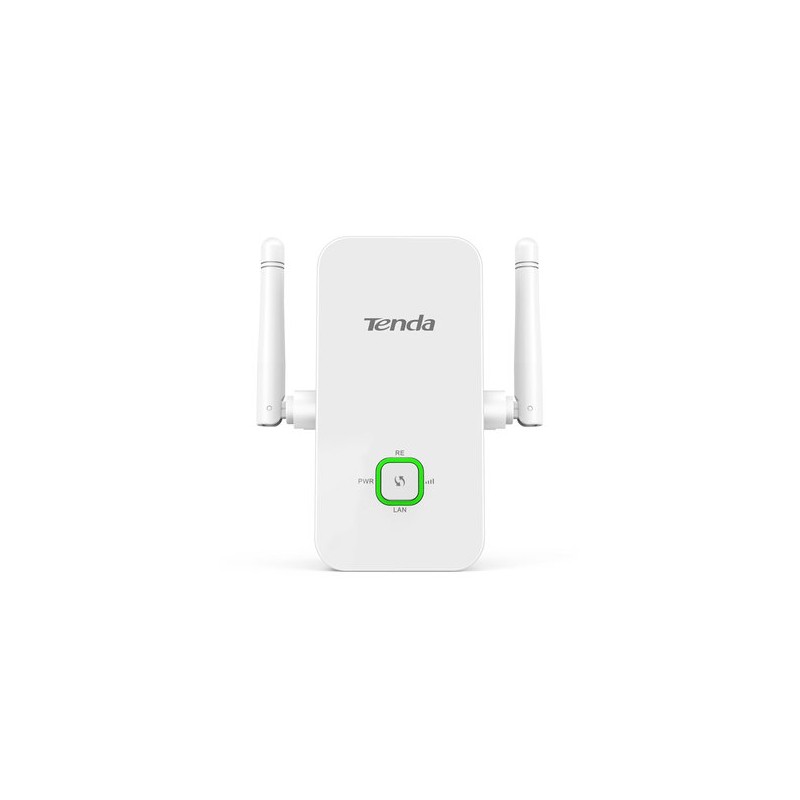 3-Use WIFI Repeater as wifi adapter for PC or TV


This mode of work is also available for the most advanced WIFI repeaters and is very useful for cases where we have an office or room where we work but that is far from the main router of the house. If we want to connect to the internet with our PC or laptop we can choose to buy a powerful USB WIFI adapter that works coupled to the computer whenever we turn it on, but another interesting option is to put a WIFI repeater plug and connect it by LAN cable to the computer and then configure it in WIFI Client mode in this way the repeater receives internet via WIFI and transmits it to the computer. But if instead of client, we configure it in REPEATER or REPEATER mode, then the device will give us internet by cable to the computer and by WIFI to other nearby devices such as mobile or tablet.

the same example is used to give Internet to a television that has RJ45 input but it is far from the router, we can put a WIFI repeater and an Rj45 cable to the television and thus it will be connected in network by WIFI.

A very practical idea is a WIFI repeater that is powered by USB cable, consumes less and is easier to connect to the TV or a computer. 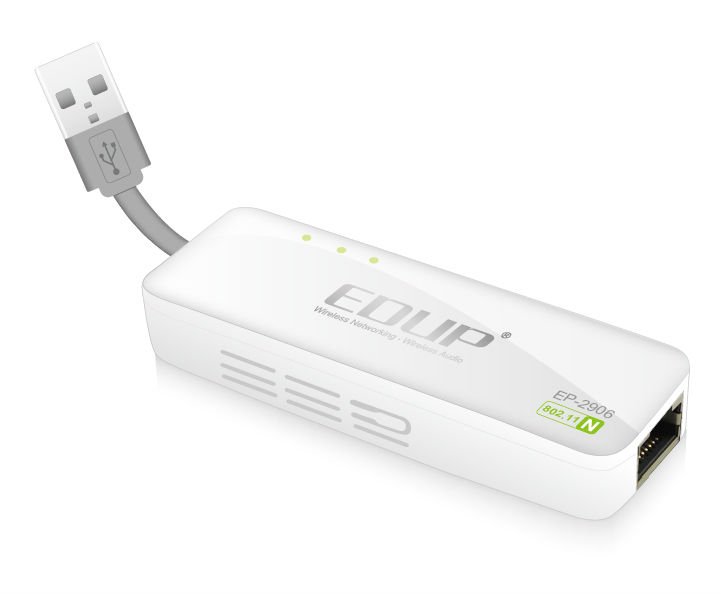 The WIFI router or router is the device by which we access the Internet from our home or work. Currently it is already well known that the telephone companies are not interested in providing security to the WIFI passwords by default of the routers they install with encryption protocols that are not secure and easy to hack.

But do not worry, changing the Wi-Fi password of the router and encryption is a very simple step for any user. We explain it step by step:

Normally it is a predetermined number that is written on the sticker of the router or in the box, but if we do not locate it, we can do it from Windows. From Control Panel / Network Connections / Status / Details you can see the Default Gateway or IP of type 192.168.1.1

This IP address will also serve to access the router from the web browser by entering it in the navigation bar. If the router asks for username and password, it is usually “admin” “admin” if you need the password of a different router look at this link.

To modify the WIFI data, we will enter the router’s advanced configuration to change the name and password. The name of our Wi-Fi is called SSID, which is highly recommended to change. It is also recommended to always use the WPA2-PSK security protocol. And password of 10 or more digits.

All Orange Livebox routers emit a Wi-Fi network with a default name similar to this one: Orange-XXXX. Although it seems incredible the WiFi key is of the alphanumeric type of only 8 digits and it is also related to an algorithm with the name SSID of the network. In theory, anyone who knows the SSID and in addition to the mathematical algorithm can discover the 8-digit key of the Livebox router. Therefore, it is always a good idea to take precautions and change the default password that is written on the router sticker.

At the same time you can also change and customize the name of the WiFi network so that it is easy to identify from our mobile, tablet and computers when we explore by WIFI.

The WIFI routers of all internet companies such as Orange Movistar or Vodafone are configured by accessing the router’s web administration interface. This process is simple and is done from a Windows computer that is connected by WIFI or cable to the router, the web browser Firefox, Chrome or another is opened and the IP address of the router is typed, the most common one is http: //192.168. 1.1 can also be http://192.168.2.1

After authenticating you must go to the wireless configuration tab where the name of our WiFi network appears, in the “Advanced” section we will see the name of the WiFi network (SSID) in addition to the 8-digit password. In the field “Name:” we can change the default name of the type “Orange-XXXX” to another type “WIFI-micasa” in the section “WiFi password” it is very important to put a password more difficult to find that it is 10 or more digits mixing lowercase, uppercase and numbers.

We hope that you have been given the information to reuse your old WIFI router or that one of these modern and cheap reptiles will help you to improve the WIFI coverage of the house. If you need advice or advice on antennas and Wi-Fi router look at this:

If you are not clear about your need or if you need help or advice, contact our advisors at WIFI de SILÍCEO ONLINE